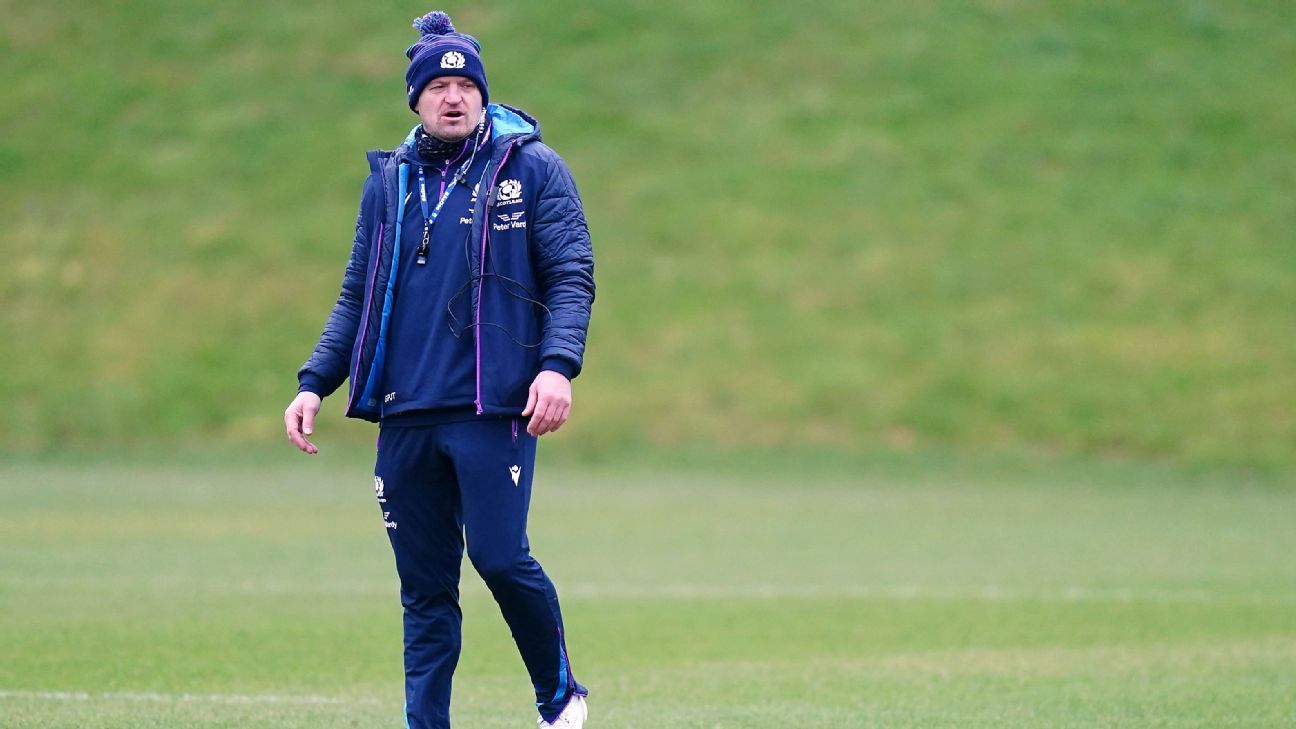 Coach Gregor Townsend says Scotland must build on the potential they have shown in recent Six Nations championships as they seek a first title success since 1999, but face one of their biggest challenges first up in the form of old rival England.

Scotland will host the fixture at Murrayfield on Feb. 5 having claimed a memorable 11-6 win at Twickenham last year, which they followed up with win victories over Italy and France.

But narrow losses to Wales and to Ireland saw them miss out on the trophy.

“It is about the first two games for now,” Townsend said. “Let’s see what we can do against England and see how we can improve against Wales. Then we will know where we are in the championship after that.

“But we have the experience, players and belief that we can do as well as we have ever done.”

Townsend believes that, judging by the autumn international series, England will be a different proposition, especially with Marcus Smith playing at fly-half.

“They showed in November what a great side they are with the win over world champions South Africa. They were moving the ball and had various attacking threats, we will see if that is still the case in the Six Nations,” Townsend said.

“It looks like they have added a strong attacking side to their game to build on the strong defence and set-piece they had in the last championship.

“We know this is the biggest game that we face, and it is such an historic game. It’s 151 years old. To have it first up adds to the buzz and will focus our minds.”

Townsend hopes to have wingers Duhan van der Merwe and Kyle Rowe, as well as back row Josh Bayliss, back from COVID-19 infections next week.

“They are all making progress. Duhan and Kyle are feeling much better. We believe they will be available for our camp next week. Josh still had symptoms a couple of days ago, but we believe he is clear and will start the return to play process,” he added.