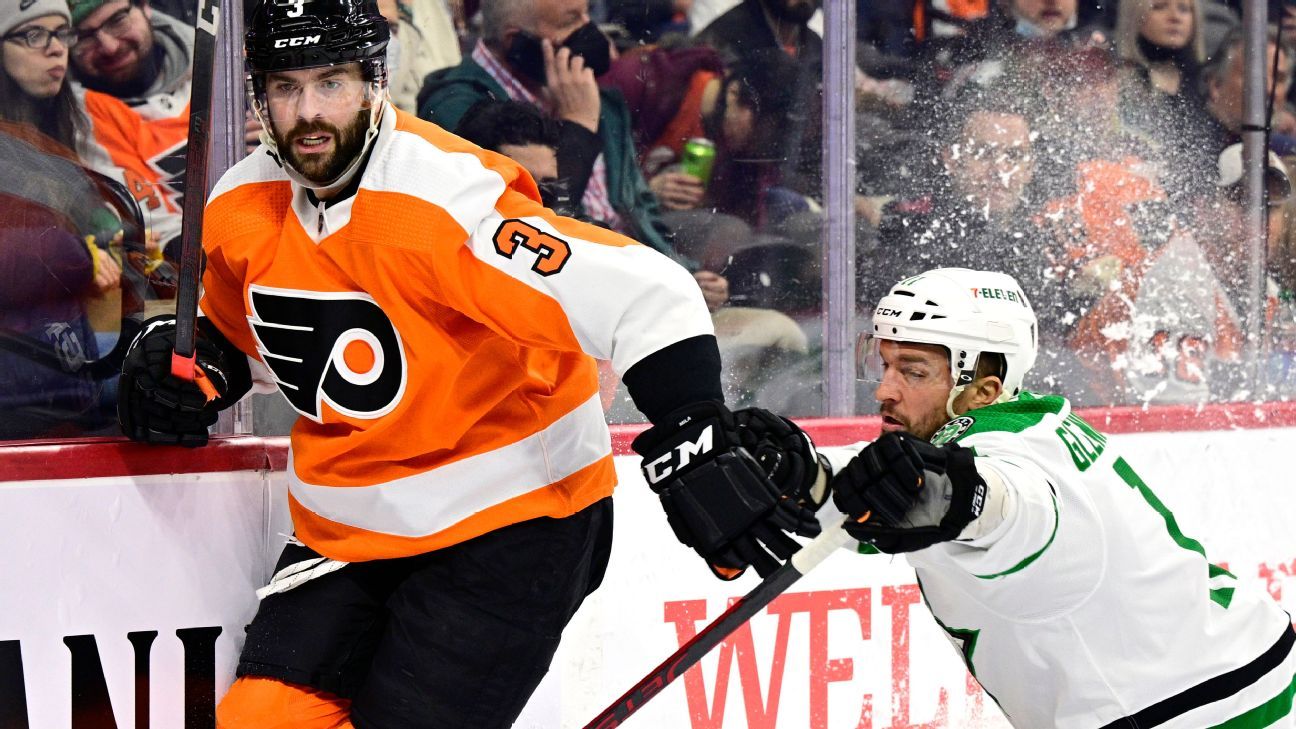 That equals the record set by former NHL forward Doug Jarvis from 1975 to ’87. Yandle, 35, can break the mark by taking a shift in the Flyers’ game at the New York Islanders on Tuesday night.

Yandle took his first shift one minute and 15 seconds into the first period. According to the NHL, that’s all he needed to do to tie the record.

Jarvis didn’t miss a regular-season game from his NHL debut on Oct. 8, 1975, with the Montreal Canadiens through the end of the streak on Oct. 10, 1987, with the Hartford Whalers.

Yandle’s streak didn’t begin in his rookie season but rather in his third season in the NHL. Since March 26, 2009, he has appeared in every game, not missing one for injuries, illness, suspensions or scratches.

There were close calls. The streak was threatened when the Florida Panthers considered making him a healthy scratch at the start of last season. Yandle also had several teeth knocked out in a November 2019 game and required extensive dental work but returned that same night wearing a full-face cage and then played the following afternoon.

“It’s how hockey players are built. You play through as much pain as you can. There have obviously been some times when I have not felt great, when it was tough sledding. But you try to battle through it and help out your team,” Yandle said Sunday.

For his career, Yandle has now played in 1,074 games with the Phoenix/Arizona Coyotes, New York Rangers, Panthers and Flyers, who signed him as a free agent last offseason. So far this season, Yandle has 13 assists in 41 games, skating to a minus-22.

While Yandle is poised to set the NHL “iron man” record, there’s another player with an active streak right behind him: Arizona Coyotes winger Phil Kessel, 34, has played 940 consecutive games, beginning Nov. 3, 2009.