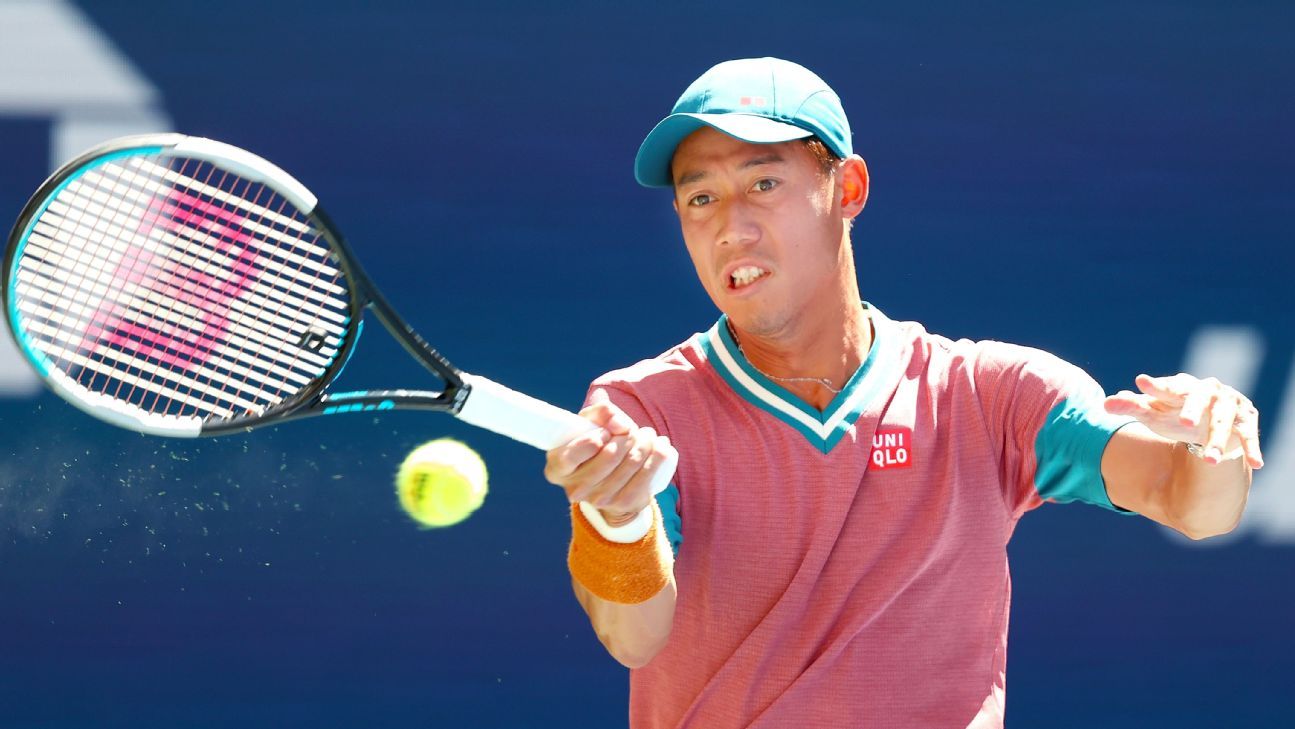 Kei Nishikori, the 2014 U.S. Open runner-up, will have arthroscopic surgery on his left hip this week and be sidelined for about six months.

Nishikori posted a message Tuesday on his app saying he tried “several different rehab options” before deciding with his medical team to go ahead with the operation.

The 32-year-old from Japan sat out the Australian Open and has not played on tour since a second-round loss to Dan Evans at Indian Wells in October. Nishikori lost to Novak Djokovic in the third round of the U.S. Open in September.

Tuesday’s post said: “I will work as hard as I can and the goal is to be back in about 6 months.”

Blackhawks, Wild to play in Milwaukee on Oct. 2
Top-seed Pegula upset at Citi Open by Saville
Why “Smile’n” Sam Alvey is the UFC’s happiest fighter
In first match since May, former No. 1 Osaka wins
Velasquez pleads not guilty to attempted murder