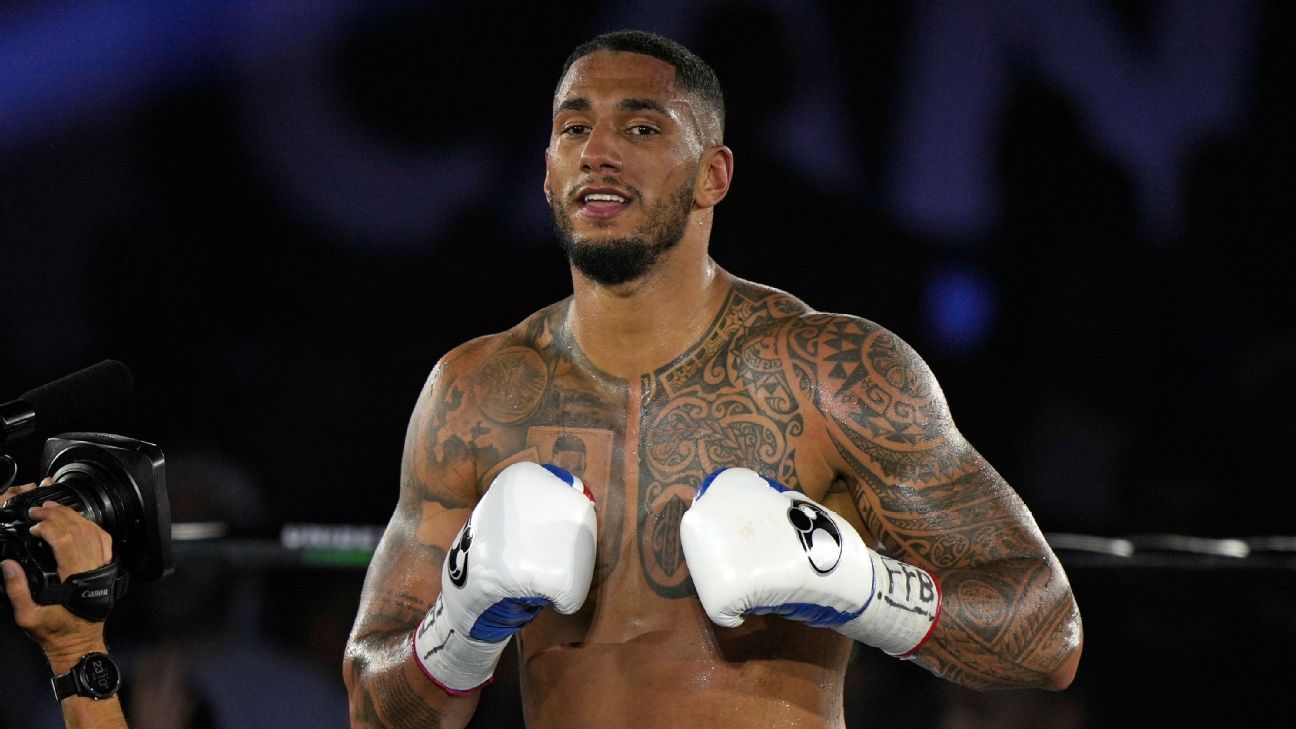 Promoter Kalle Sauerland announced last week that Tony Yoka accepted an IBF heavyweight title eliminator with Filip Hrgovic, a rematch of the 2016 Olympic super heavyweight semifinal, but the fight is now in jeopardy due to a contract dispute.

Yoka, an Olympic gold medalist, signed to fight Martin Bakole on Jan. 15 in Paris, but the ESPN+ fight was postponed due to COVID-19 restrictions in France. Bakole’s trainer and manager, Billy Nelson, told ESPN that the contract stipulated that Yoka’s French promoter, AllStar Boxing president Jerome Abiteboul, decide in writing if the fight is cancelled or postponed.

Abiteboul wrote that the fight would be rescheduled for March 5 or March 12, whichever date worked best for French network Canal+, according to Nelson.

Subsequent to Sauerland’s proclamation, Bakole’s legal team sent letters to the IBF, petitioning the organization to rule that Yoka is unavailable to participate in the Hrgovic bout due to its rule prohibiting contracted boxers from taking part in other IBF sanctioned fights.

Yoka’s co-promoter, Top Rank, has been engaged in negotiations with Sauerland for the proposed Hrgovic bout and is taking the lead on the legal battle with the Bakole side. Top Rank spokesperson Evan Korn declined to comment.

“People should honor their contracts, shouldn’t they?” Nelson told ESPN. “The IBF rules are very clear: When you sign a contract, you’re unavailable to fight in an eliminator. He’s trying to start a new life for himself in the U.K. 400,000 Euros goes a long way to helping him and his chances of winning the world title himself.”

The contracted payday is four-and-a-half times Bakole’s career-best purse, according to Nelson, who lives just yards away from the fighter outside Glasgow in Greengairs, Scotland.

Bakole (17-1, 13 KOs) was splitting time between Scotland and his native Democratic Republic of Congo over the past few years before moving full-time in October.

The brother of cruiserweight titleholder Ilunga Makabu, Bakole has reeled off six consecutive wins since a 10th-round TKO loss to heavyweight contender Michael Hunter in 2018. Most notably, Bakole scored a unanimous decision victory over Sergey Kuzmin in December 2020.

“I think you gotta blame the French promoter purely because we have a contract with them that’s still valid,” Nelson told ESPN. “I just think it was very unjust and unfair that you can even talk to somebody when you sign the contract.”

The prospect of a fight between Yoka and Hrgovic emerged after Luis Ortiz and Joseph Parker both turned down an eliminator against Hrgovic. It’s a tantalizing matchup that features two of the best heavyweight prospects in boxing.

Yoka (11-0, 9 KOs) and Hrgovic (14-0, 12 KOs) have both feasted on subpar opposition as they develop into heavyweight contenders, but the talent level of each boxer has never been in doubt. Hrgovic, 28, won a bronze medal for Croatia in that 2016 loss to Yoka, 29. And both men were named on ESPN’s list of boxers set to break out in 2022.

Usually a fight between such highly regarded talents comes down the line when there’s a heavyweight title on the line. But it appeared the chance to fast track to a championship fight now was too good for either side to pass up.

Now, the fate of the Hrgovic-Yoka fight will be decided by the IBF.