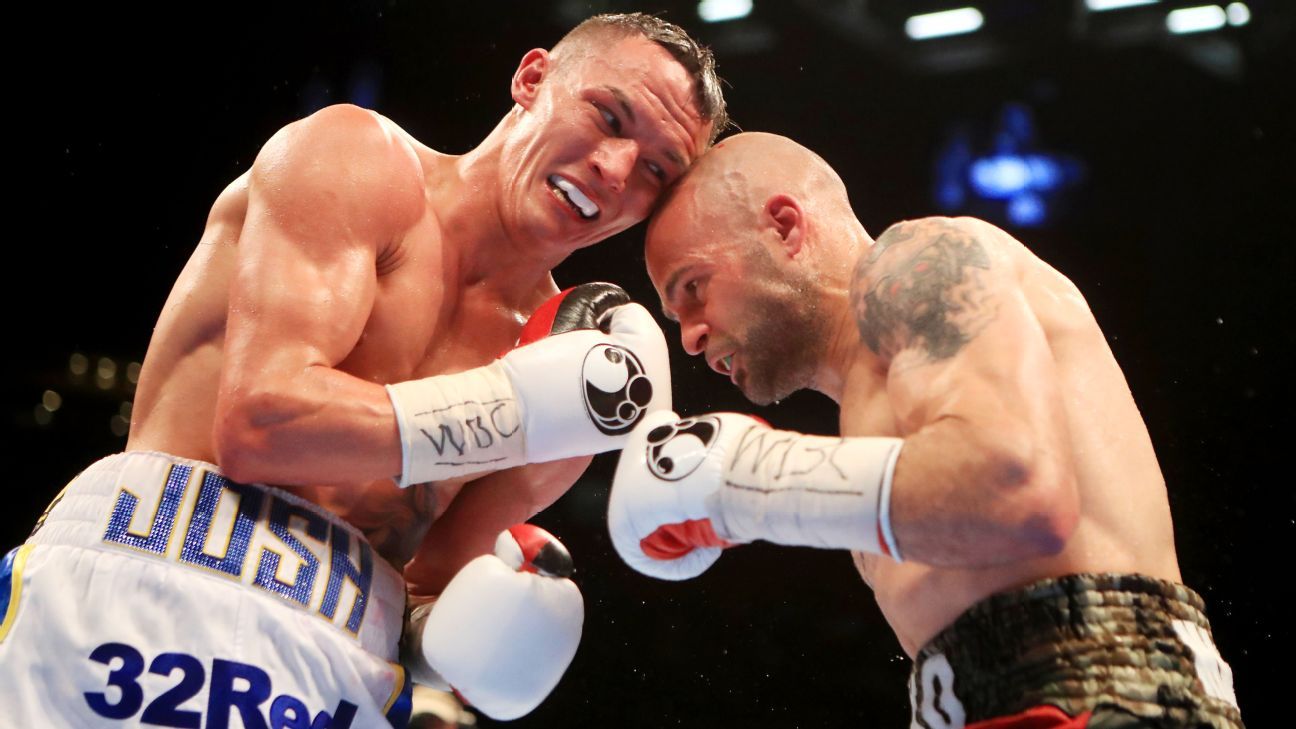 Kiko Martinez and Josh Warrington have struck a deal for a featherweight title fight on March 26 in England, multiple sources tell ESPN.

The rematch is one of two 126-pound title bouts Matchroom Boxing’s Eddie Hearn will promote on DAZN in the U.K. that month. On March 12, Leigh Wood defends his title against Michael Conlan.

The pair of bouts could lead to a unification later in the year. Martinez (43-10-2, 30 KOs) scored a highlight-reel sixth-round TKO of Kid Galahad in November in one of the year’s biggest upsets.

When they met in 2017, Warrington (30-1-1, 7 KOs) scored a majority decision victory over Martinez. The fighters were moving in different directions; Warrington, an Englishman, went on to win a featherweight title and scored wins over Carl Frampton, Galahad and Lee Selby. Martinez, meanwhile, suffered losses to Gary Russell Jr., and Zelfa Barrett.

But the 2021 campaign drastically altered their trajectories. Warrington, 31, suffered a stunning ninth-round TKO loss to Mauricio Lara in February in a brutal beating before the September rematch ended in a technical draw after two rounds due to an accidental clash of heads that left Lara with a gruesome cut.

The Spaniard was an afterthought heading into this bout with Galahad, but the 8-1 underdog scored the biggest win of career at 35.

Now Martinez and Warrington will meet again, and surprisingly, it’s the elder man who has the title and all the momentum.