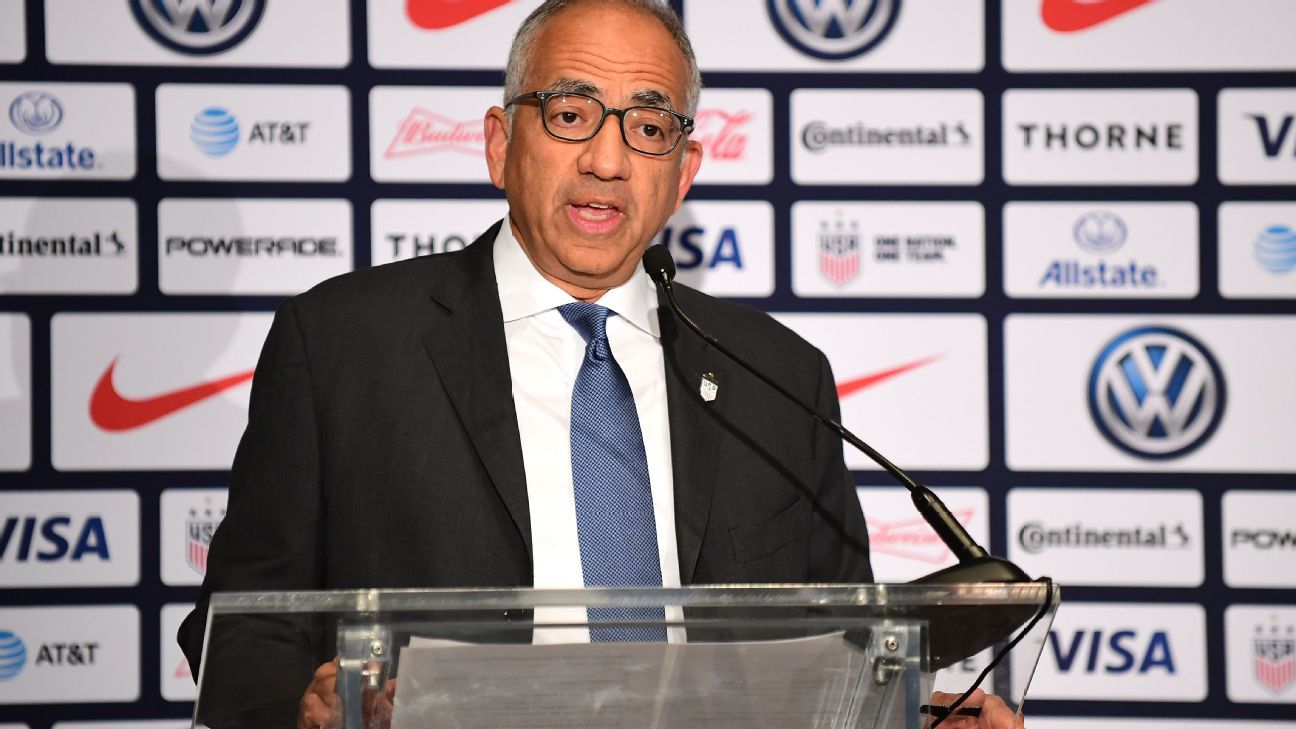 Former U.S. Soccer Federation president Carlos Cordeiro is considering a run to reclaim his old position, multiple federation sources have told ESPN, with one source saying Cordeiro has made up his mind and has shared plans to run with others privately.

According to the sources, Cordeiro has received multiple nominations from the voting membership, as required as part of the presidential candidate process, and in recent days has wrestled with the decision on whether to run against current president Cindy Parlow Cone. Cone announced last August that she would seek re-election. The deadline for submitting nominations — and for candidates to indicate they are running — is midnight CT on Tuesday. The election itself will be held in March of 2022, in Atlanta, Georgia.

Cordeiro was elected as USSF president in 2018, but resigned nearly two years later amid a backlash to court filings relating to the equal pay lawsuit filed by members of the U.S. women’s national team, which former and current players on both the men’s and women’s national teams called sexist.

In one filing, the USSF and its lawyers disparaged the players, saying they “do not perform equal work requiring equal skill [and] effort” because “the overall soccer-playing ability required to compete at the senior men’s national team level is materially influenced by the level of certain physical attributes such as speed and strength.” Cordeiro said at the time that he didn’t review the court documents filed by federation attorneys, but took responsibility for the filing’s language.

With sponsors applying pressure as well, Cordeiro resigned in March of 2020. Cone subsequently took over, and was re-elected while running unopposed in 2021 to finish out Cordeiro’s term.

One source expressed concern that if Cordeiro is re-elected, it would amount to a “step backwards” for the Federation, especially as it attempts to settle the ongoing equal pay lawsuit. There is also bound to be an immense public backlash should Cordeiro runs again, and the source worried about how that could affect sponsorship. Before Cordeiro’s resignation in 2020, Coca-Cola, a major sponsor, had called U.S. Soccer’s handling of the lawsuit “unacceptable and offensive,” Deloitte said it was “deeply offended,” and Volkswagen said it was “disgusted.”

But other sources say dissatisfaction among U.S. Soccer’s voting membership has been building with some aspects of Cone’s performance as president, especially within the state associations. Late last year, the USSF changed its voting structure in order to comply with the Empowering Olympic, Paralympic and Amateur Athletes Act. That law is primarily focused on preventing athletes from suffering the kind of abuse that came to light in the Larry Nasser case, one in which the former team doctor for USA Gymnastics was found to have assaulted hundreds of girls and women.

But also contained in the bill is language that mandates that athlete representation on boards and committees of National Governing Bodies be increased from 20% to 33.3%. A U.S. Olympic & Paralympics Committee policy change reinforced this mandate. While there was general agreement that the composition of the Board should reflect these percentages, there was more disagreement about how these changes should apply to the voting membership. The concern is that with the Athletes’ Council controlling 33.3% of the vote it could team with another constituency to control the USSF’s agenda. That said, a policy change authored by a USSF task force was passed last October by the National Council with 92% of the weighted vote.

There has also been concern that not enough is being done to push the 2026 World Cup — which the U.S. is co-hosting with Canada and Mexico — to the front of the federation’s agenda, with one source calling the USSF’s approach “somewhat passive.” There is also a sense that Cordeiro has better connections with FIFA given his role in securing the 2026 hosting rights. A former member of the FIFA Stakeholders Committee, Cordeiro was appointed last September to be a Senior Advisor to FIFA for Global Strategy and Governance.

Rodgers clear for Sunday at Bears; Bakhtiari out
Who passes, who fails? Grading all 32 NHL teams at the quarter mark of 2022-23
1B Abreu, a ‘first-rate guy,’ officially joins Astros
MLBPA executive director Clark gets extension
Why this could be the committee’s easiest — or hardest — CFP selection