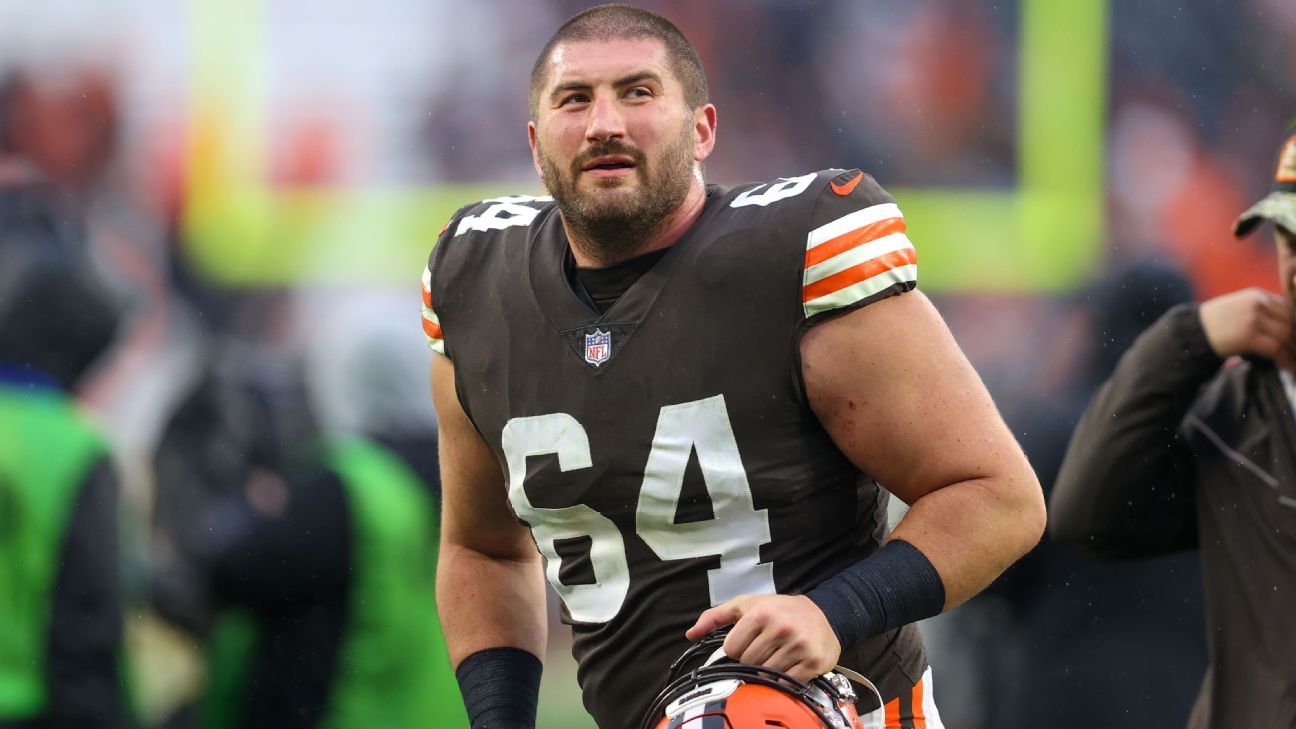 BEREA, Ohio — NFLPA president JC Tretter said the NFL was close to canceling three games this past weekend in the wake of multiple COVID-19 outbreaks among different teams.

The league instead moved Saturday’s game between the Las Vegas Raiders and Browns in Cleveland to Monday, and rescheduled two Sunday games — Washington at the Philadelphia Eagles and Seattle Seahawks at Los Angeles Rams — to Tuesday.

Tretter, also Cleveland’s starting center, was asked Wednesday about criticism he received from Raiders players, notably by linebacker K.J. Wright and cornerback Casey Hayward Jr., for pushing to get the game rescheduled. On Friday, Hayward tweeted, “I’m sure the NFLPA president playing for the Browns didn’t have any effect on these negotiations.”

The Browns played Monday’s game against Las Vegas with 22 players on the COVID-19/reserve list, including 10 starters. The Raiders won the game, 16-14.

Tretter said it was up to the league whether to count a canceled game as a forfeit. But he said he and the NFLPA was focused on making sure the players were paid for the week.